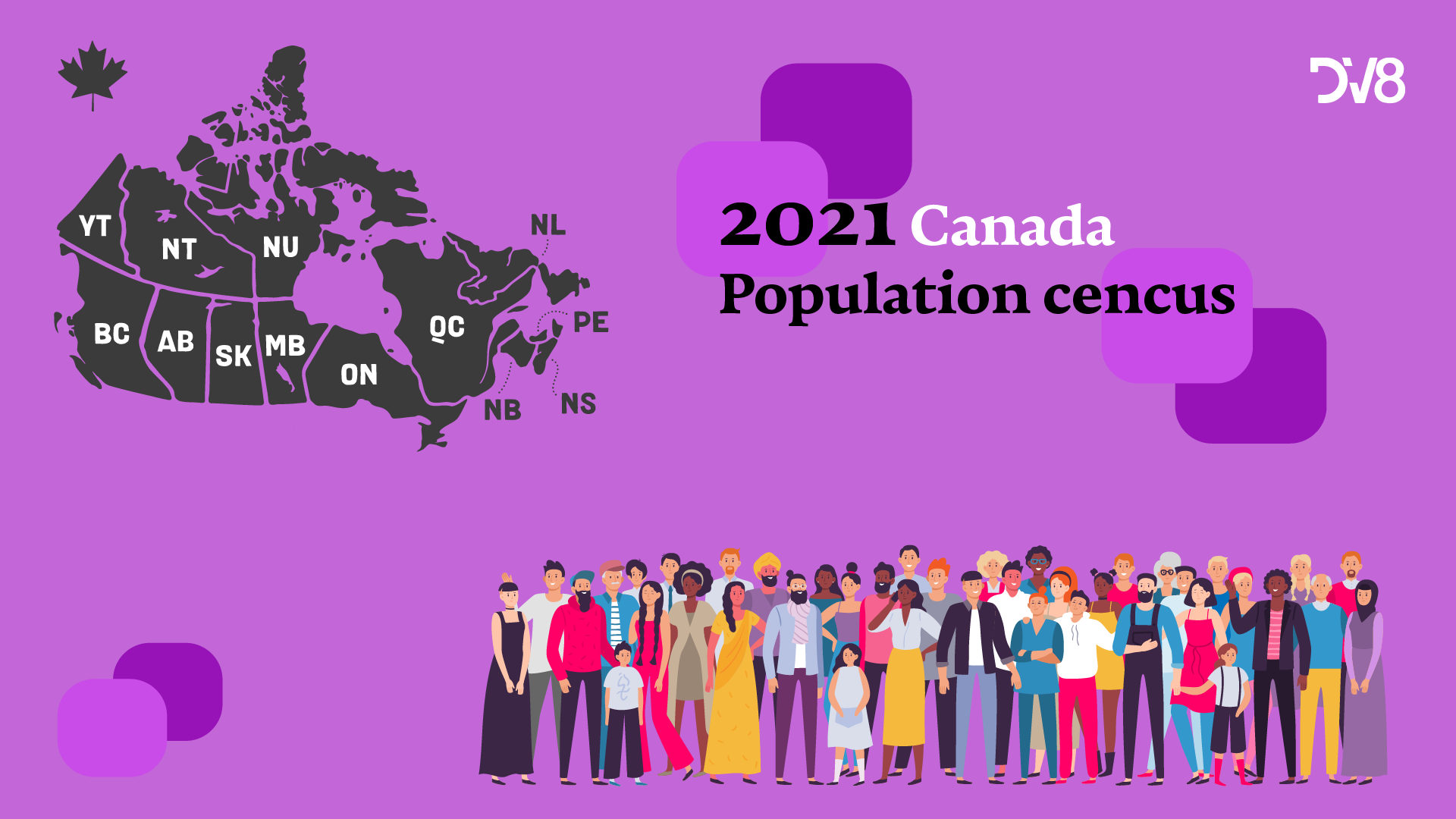 However, when we say “multicultural”, we don’t just mean cultural traditions, like festivals or lifestyle. These certainly are extremely important when doing multicultural market research. But when it comes to multicultural marketing, one aspect that often gets neglected is language. And by extension, language diversity.

Language is not only a key part of culture. It determines how we communicate in day-to-day life. In marketing, the kind of language we use directly decides its effectiveness. Therefore, when talking about multicultural marketing in Canada, the role of language becomes even more crucial.

What the 2021 Canada Population Census Says

When it comes to knowledge of languages, the 2021 Canada Population Census saw a total of 683,820 people, 1.9% of the entire population, that did not report having any knowledge of English.

Here is a list of the top 10 non-official languages with the most people with knowledge of the language:

Here is a list of the top 10 languages with the most people regularly spoken at home:

As you can see, more than half a million Canadians predominantly speak Mandarin or Punjabi at home. The third place is Cantonese, another highly popular language amongst Chinese people.

Why Does This Matter?

So, what does all of this mean, and why should you pay attention to it?

Well, multicultural marketing is all about marketing toward a group with a widely varied set of cultural backgrounds. This means that the fundamental goal is connecting your brands, products, goods and services with the community. And there is no connection without effective communication, which requires language to do so.

The data on the 2021 Canada Population Census on languages is essential to understanding the full picture of Canada’s linguistic landscape. And as the census shows, people in Canada speak much more languages than just English. For two communities that are culturally or linguistically different, effective communication is required for communication and understanding to happen.

But language isn’t just crucial for mere understanding communication. And marketing in a non-English language is not just helpful for people who don’t speak English. It also develops closeness and cultural understanding. For example, many Canadians prefer speaking in a non-English language (such as their mother tongue), which can be reflected by them speaking it often at home. Marketing in the language they like is a form of inclusivity.

If you market in someone’s mother tongue, it would be like your brand is “speaking their language”, so it fosters a kind of intimacy between your brand and the community. After all, language is a key part of culture. In-language marketing is an effective way to add cultural relevance to your marketing campaigns. This is why DV8 Communication offers transcreational services and strategies for multicultural marketing campaigns.

Therefore, to help your brand actually reach the multicultural communities you’re targeting, you have to market in a language that not only they understand, but understand in a better and culturally deeper way.

So, are you still under the impression that marketing done in English is enough? Do you still believe language diversity is unimportant in marketing?

Hopefully, the newly released data of the 2021 Canada Population Census has changed your mind. The language diversity will increase as immigration increases. Therefore, don’t miss out on multicultural marketing opportunities because there are many more to come in the near future.

Do you know the importance of language in Marketing? DV8 breaks barriers.

Get in touch with us!