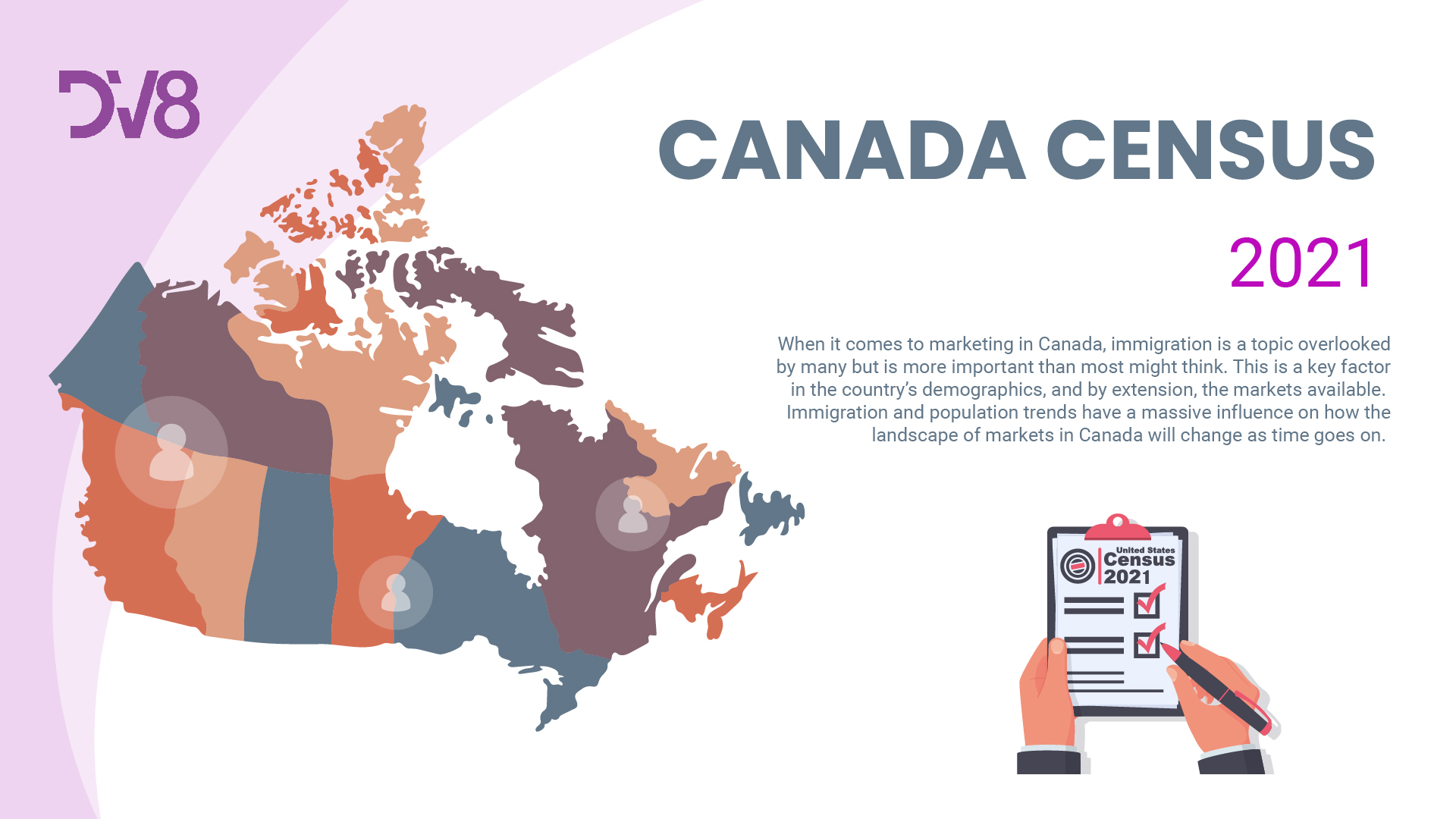 When it comes to marketing in Canada, immigration is a topic overlooked by many but is more important than most might think. This is a key factor in the country’s demographics, and by extension, the markets available. Immigration and population trends have a massive influence on how the landscape of markets in Canada will change as time goes on.

Each year, immigrants arrive in Canada from all over the world, adding to Canada’s multicultural environment. According to StatsCan, immigration now accounts for 100% of the country’s population growth. In fact, immigration is considered a vital growth strategy for the Government of Canada. And this attitude is strengthened with the untimely occurrence of COVID-19.

COVID-19 has been one of the most hard-hitting events for businesses all over the world, and not in a good way. Many countries faced economic drawbacks due to the global pandemic. Fortunately, as the pandemic slowly gets better, the quarantine is gradually being lifted, and so are restrictions that hinder Canadian businesses. Things are getting back to normal, and it’s time to take the opportunities to recover.

For the government, immigration is a big hit to help boost the country’s economy. It is planned that Canada will open its doors to over 1.2 million new immigrants within the next three years, from 2022 to 2024, according to both the official Government of Canada website and CBC News.

Immigration in Canada has always been a scorching hot topic, especially for markets. In the 2016 Canadian population census, it is recorded that one in five Canadians is foreign-born. The multicultural population is already sizable in Canada, and it is only growing bigger and more culturally diverse. And, don’t forget, the recovery caused by COVID-19 will only make things happen faster.

So, be prepared to see a large influx of new immigrants. Newcomers carve out new markets and enlarge existing ones. Therefore, it’s advantageous to pay attention to this rapidly growing Canadian market of foreign origins. After all, the numbers speak for themselves.

Speaking of numbers, one question you must be wondering is: “how should I connect with these foreign-born markets?” Well, one viable option lies in no place else other than the 2021 Canada Population Census! Recently, new data on the language demographics of the country was released. This is big news for brands looking to do multicultural marketing effectively.

The 2021 Census reports 9,033,185 people having a native tongue that isn’t English nor French. This accounts for a whopping 25.5% of the entire Canadian population recorded in this census. Additionally, 683,820 people, which is 1.9% of the entire population, did not report having any knowledge of English.

The 2021 census also recorded that about 4.6 million Canadians (12.7% of the Canadian population) predominantly speak a language other than English or French at home. Here is a list of the top 10 languages with the most people regularly spoken at home:

Reaching the Communities: Speak Their Language

So how do you connect with immigrants, both those already here in Canada, and those that will come in the near future? It’s no surprise that a key part of marketing is reaching out and connecting with the target audience. And what’s a better way to do so than in-language multicultural marketing? This is multicultural marketing done in a language that is most preferred and well-known by a multicultural community.

Is English not enough? After all, the overwhelming majority of the Canadian population can speak English. This means that marketing and advertising done in English can still reach multicultural communities, right? Not quite.

It’s important to know that in-language multicultural marketing is not solely for those who don’t understand English. Just because a community knows English does not necessarily mean marketing done in English can reach that community effectively. Even if it does, the effectiveness can still be improved with in-language alternatives.

Languages Spoken Most Often At Home: Why It Matters

On the 2021 Population Census, there is a category called “language spoken most often at home”. Do you know what this category means, and why there’s a section of the census dedicated to these types of statistics?

There is still a difference between knowing a language and using one. For in-language multicultural marketing to be effective, the awareness of this distinction is crucial. StatCan defines “language spoken most often at home” as: “the language the person speaks most often at home at the time of data collection.” Note that this doesn’t necessarily mean mother language, but it can be the language spoken most regularly. This is often the case for people who live with their families.

When doing non-English in-language multicultural marketing, the general goal is to speak their tongue. And to speak their tongue, you can’t just use a language they know, but a language they know intimately, and use regularly on their own volition. Thus, speaking a community’s most preferred non-English language is a great way to foster an intimate connection much more effectively.

Even if they speak English or French, it is very likely that they still prefer speaking another non-official language. And usually, this language is the one they speak predominantly at home, the environment in which they are most comfortable in. And hence, by communicating with them in the language of their comfort, you can foster close connections with multicultural communities much more effectively. If you truly want to “speak their tongue”, this is one of your best options, if not the best.

Hopefully, with these new insights and ideas, you have a new introspective on effective in-language multicultural marketing. Immigration is continuing to rise, and newcomers from all over the world are arriving in Canada rapidly. New marketing opportunities are emerging, but you must know how to capitalize on them.