One fourth of Canada’s Population is immigrant- A whopping 8.3 million! 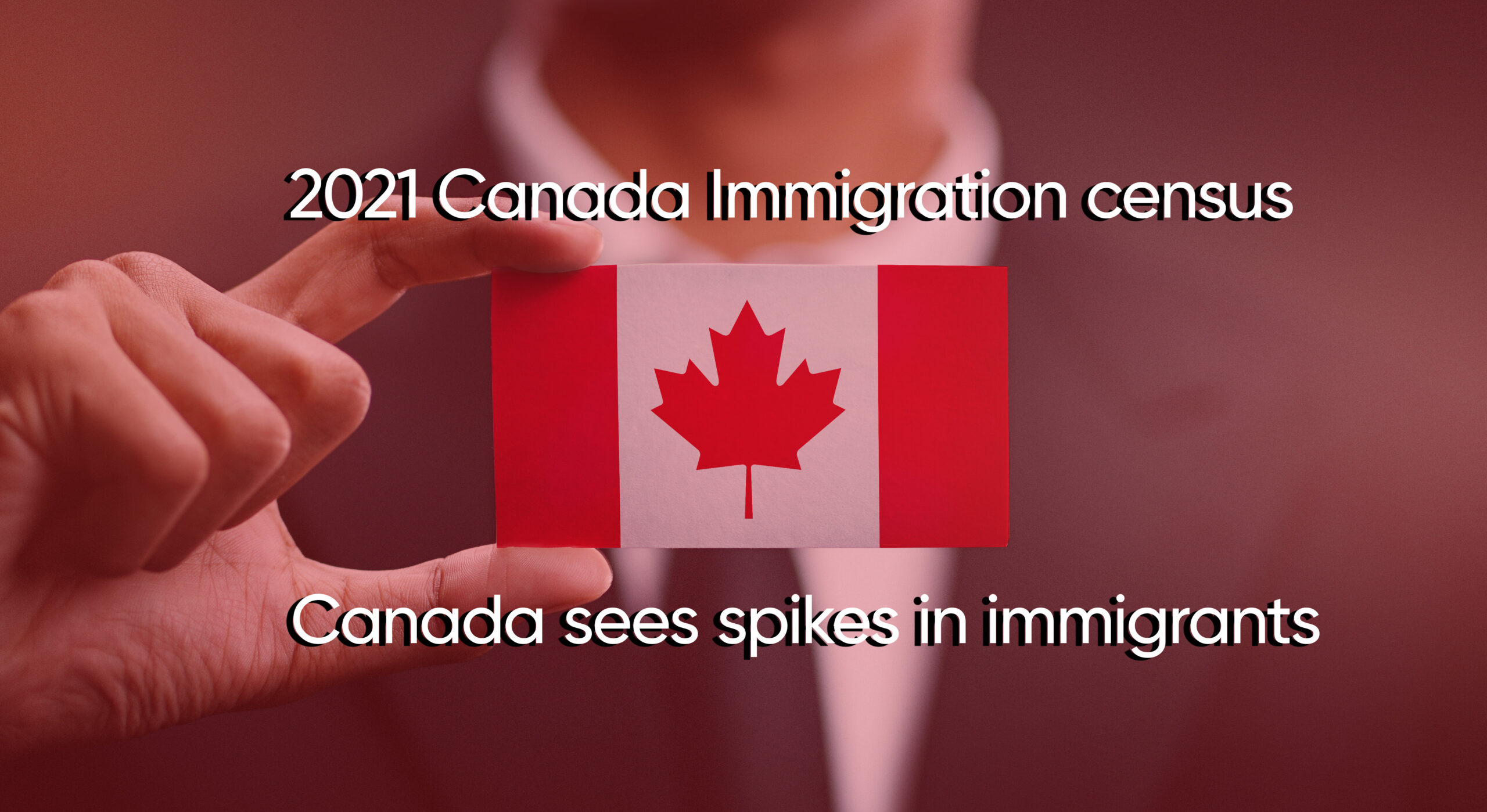 As a developed Nation with a robust economy and rich cultural diversity, Canada is the preferred choice of millions of immigrants worldwide who choose Canada as their new home and migrate to live a quality life because of its cultural and religious diversity. Also, it is not unknown that this visible minority population in Canada plays a crucial role in shaping the country’s diverse landscape.

Where are they coming from?

Well, as per the Canada 2021 census, the majority (~60%) of immigrants to Canada came from Asia, including the middle east followed by Europe which is ~10% (declined from ~60% in 1971). Moreover, the census makes it appear that almost one in five recent immigrants (~20%) were born in India, making it the leading country of birth for recent immigration to Canada.

But why Canada? What are the factors that are driving people here?

One of the primary reasons Canada is open for immigrants is the labor shortage across the nation, due to which the federal Liberal government of Canada has outlined plans for a significant increase in immigration as well with a target of 500,000 people a year by 2025. Further, according to Statistics Canada, the proportion of immigrants in the country could reach 34% by 2041.

This is Amazing! Win-Win!

Wait… What???? If you are a Canadian Business the only way to win is to make multicultural marketing, given the diverse population of the country.

Lately, Statistics Canada has released ‘New immigration data and statistics’ from the latest 2021 Census which discloses that immigrant or visible minority population of Canada constitutes a quarter of the population.

Let us deep dive into the statistics to formulate your business and marketing strategy:

The consensus unveils that 8.3 million people, or 23% of the population are immigrants in the country, breaking the previous record of 22.3% in 1921. The trend of growing immigrant population is shown in the graph below:

While the share of recent immigrants from Europe continued to decline, falling from 61.6% in 1971 to 10.1% in 2021. Asia, including the Middle East, remained the continent of birth for most recent immigrants (62.0%). The graph below explicates the trend clearly:

What came out as an exciting revelation is that nearly one in five recent immigrants (18.6%) is of Indian origin, implying India is among the top nations to send the highest number of immigrants to Canada. On the contrary, the proportion of recent European immigrants decreased, dropping from 61.6% in 1971 to 10.1% in 2021. It is visible in the graph below that India secured the top spot as the primary source of immigrants (18.6% of recent immigrants from 2016 to 2021), followed by the Philippines (11.4%) and China (8.9%):

Demographics of Immigrants in Canada:

While immigration ultimately cannot stop the population aging process, it has a rejuvenating effect on the population in Canada overall. Since people usually migrate when they are young, ~65% of the recent immigrants were from the core working age group of 25 to 54. A much smaller proportion of recent immigrants (~3.5%) were aged 55 to 64. Also, children younger than 15 years of age, who may one day join the labor force, represented 17.1% of recent arrivals to Canada.

Furthermore, when it comes to languages,

Geographic spread of immigrants in Canada:

Geographically, the large urban center of Toronto has most immigrants overall, followed by Vancouver (41.8%). In 2021, nearly half (46.6%) of the population residing in the Toronto Census Metropolitan Area (CMA) were immigrants. The graph below illustrates the top destinations for immigrants in Canada:

Fine… Understood. But what does this all mean to my business?

The staggering facts above are a clear picture of why multicultural marketing is important. Multicultural Marketing has proved its relevance in this age, especially in North America. As an immigrant in Canada, the need for in-language communication has never made more sense. The immigration figures have only increased from the last census, implying multicultural marketing is the next big thing. Multicultural Marketing promotes products and services to a particular niche/community by means of in-language communication and through their media channels.

Now the question arises, is it worth your resources, time, and budget?

Well, the answer is YES! The population of immigrants has increased incredibly, especially South Asians, Filipinos, Black people and Chinese. Their spending power is also high, which means big companies can leverage this trend and establish a strong brand presence by building a personal connection with these communities. And the impact will be huge as the message and promotion would be in their language, highlighting their culture and key values, which ultimately helps brands build loyalty and credibility.

What should be the next big step for big/small brands?

Now that we see the rise in these ethnic communities, the importance of Multicultural Marketing cannot be overstated. Several brands have already adopted multicultural marketing as a new way of reaching visible minority population in Canada; however, many still haven’t realized its potential. Time is short, and the competition is high; if you haven’t figured it out yet, let us help you set the Multicultural Marketing game right.